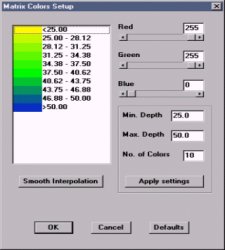 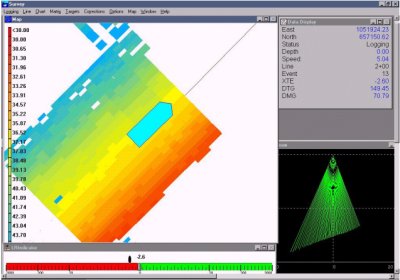 Figure2: Using a matrix to map multibeam data in Survey. 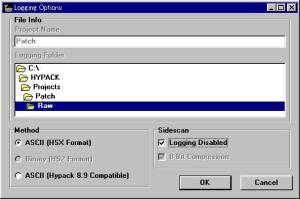 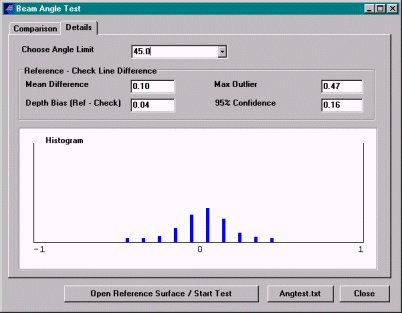 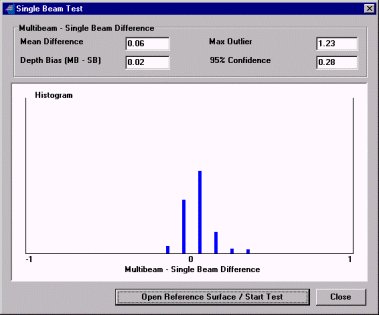 We have been getting a lot of calls lately describing multibeam data that show signs of incomplete sound velocity correction. So it seems like a good time for some notes on this topic …

Why is it important to correct for Sound Velocity?
There are two reasons. First and most obvious, in order to calculate distance with sound (which all echo sounders do), it is necessary to know the sound velocity from the surface to the bottom - the sound velocity profile.

Second and less obvious, the path of sound from transducer to bottom and back (the ray path) is not always straight. When the speed of sound varies in the water column and the beam take-off angle is not vertical, sound is refracted and follows the tortured path shown in the diagram. Fortunately, if these values (beam take-off angle and SV profile) are known, it is possible to model the ray path. This is exactly what Hysweep® does and is how it is able to give correct sounding depths for multibeam sonar.

It's worth noting that the errors increase greatly as the ray paths become less vertical, which is one of the main reasons that beam angles are limited to +/- 45 degrees for Class 1 surveys.

How Often Should SV Casts be Done?
This depends entirely on the water conditions where you survey. If you survey in fresh water with lots of mixing, the Niagara river for example, one sound velocity cast per day is sufficient. If you survey in an estuary during tidal changes, it may be necessary to cast every hour or so. It is best to start out taking SV profiles frequently to understand the water conditions. Then, if only small changes are seen between casts, it may be possible to back off.

Remember that if you do not have a good SV profile there is no way to fix your data. You can however, minimize the errors due to a slightly erroneous profile by limiting the beam angles.

The sound velocity profile can be entered into Hysweep® Survey either manually or through the import feature. Manual entry is just a matter of keying in the depth and velocity pairs measured by the profiler. The import method takes advantage of the fact that many sound velocity profilers create a text file which can be loaded into Hysweep® Survey. Import is better if possible because it is easy (easy is good) and less prone to errors.

The screen shots (right) show the value of real time ray tracing for QC. The top view is corrected for refraction and the flat bottom indicates the SV profile is valid.

The bottom view is an extreme example of a bad SV profile. The edges of the sweeps are curled downward - the characteristic 'frown' of refraction errors.